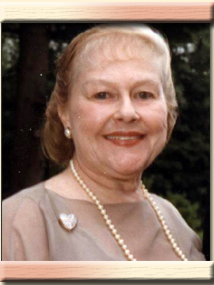 It was in late May of 1956 that the invitation for the Antoinette Perry Awards ceremony, commonly known in Broadway circles as the “Tony Awards,” arrived at my home. In a bold black type that seemed to leap from the paper, it was addressed to Mrs. Jerry Ross. With little conscious awareness, my fingers caressed the name of my husband as though I could, by some magical touch, bring him back to my side. I was still in the depths of the overwhelming grief that had come with his death at the age of 29.

It was just six months after his second hit show, DAMN YANKEES, had opened on Broadway. His first show was PAJAMA GAME, the year before, which had won the Tony in all the most important categories. He was the toast of Broadway. After the early years when I’d watched him pick out tunes on the piano and try to further his career with little success, suddenly he had made it to the top. Our lives changed overnight, it seemed. It was somewhat like his first hit song, RAGS TO RICHES, which Tony Bennett had recorded and which had topped the charts at number one. Now he had songs like YA GOTTA HAVE HEART; HEY THERE; WHATEVER LOLA WANTS, LOLA GETS; HERNANDO'S HIDEAWAY, jumping back and forth between the #1 and #2 spots on the Hit Parade, the ultimate index of the best in popular music at the time. In a less than scientific survey that his retired, very proud father had done by turning the dials of his radio throughout the course of a week, we'd estimated that a Jerry Ross song was being played every four and a half minutes. He was being compared with Rodgers and Hammerstein, George Gershwin, Irving Berlin – the finest.

With his untimely death from bronchiectisis, a lung condition, the world had lost a great talent but I had lost my world. So I looked at this invitation at first as another grim reminder of my losses. It was only with the prodding and pushing of my family, my friends, and the people connected with the show that I’d decided to go at all.

My mother took me shopping. We bought a lovely beige evening gown, and my father drove me to the affair. The producers -- Hal Prince, Bobby Griffith and Fred Brisson -- arranged that I would sit at their table.

As I sat picking at my dinner amongst all these men busily discussing their new projects, I felt uncomfortably out of place. My shyness, mixed with my grief, and my fears that I would never be able to cope with a new life, a life without the beloved husband who centered my world, left me a less-than-desirable dinner companion. But every so often one of my dinner partners would make an attempt to converse with me.

“It should comfort you, Judy,” Bobby Griffith said “to know how much Jerry gave to the world in his few short years.” Nothing comforts me, I thought, but I smiled at the man politely.

“I did so love your husband,” Bob Fosse, the choreographer, said. It was a knife tearing my heart, that statement. I did so love him, as well, I thought, but again smiled politely.

But soon all of these men were preoccupied with their acceptance speeches, for DAMN YANKEES was a shoe-in to capture some of the Tony Awards that night. Each of these men -- producers, choreographer, director, and Jerry's co-writer -- all hoped to be one of the lucky winners. Many had crib notes jammed into the pockets of their tuxedoes, for they all wanted to be ready with polished speeches. As coffee was served, the ceremony began. The early announcements of various lesser categories and their winners took place. These lucky ones made long speeches, thanking all those they felt had been instrumental in their success.

And then, suddenly, the issue of time became a factor. The affair was being televised for the first time, and since this was early live television, the process hadn't yet been well refined. They realized too late that they didn't have enough time to let each single recipient address the audience. Fortunately, DAMN YANKEES had won all the main awards so they decided to have one recipient accept the awards for everyone, thus cutting the segment to the time slot they had left. But whom could they choose? No one knew, as the whole group rose from the table to go up to the podium when DAMN YANKEES was announced as the winner in so many categories. As they were about to walk up to the stage, it was Bobby Griffith who grabbed my hand, saying, “Judy, come on up. You must join us, too.”

Hesitantly, I went with him. We listened as Helen Hayes addressed the audience and us. I barely heard her acclamations when suddenly I recognized my own name. I was to make the acceptance speech for all of them. I was both stunned and unprepared. Someone gently pushed me into the spotlight. I walked to the microphone. Then, in an almost trance-like state but with drums thundering in my ears, I found myself speaking. Simply, I was told later, but with an eloquent sincerity, I had found the presence to thank the awards committee on behalf of all those men standing there for each category we had won, and to finish with this statement at the end: “I know that my husband, Jerry Ross, would want me to thank you on his behalf, as well, and so I must thank you once more.”    I left the podium with the audience's tremendous applause resounding in my ears. From that accidental but fateful moment, my life changed. I was a person again, renewed with a new knowledge of myself and my capabilities. I would face the life that was challenging me. I would make it a worthwhile endeavor. Somehow I understood that that was what my husband would want me to do.