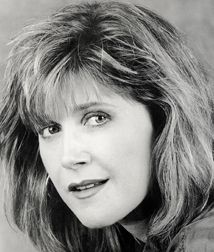 My father died when I was two, so I have no “conscious” memories of him.  He was all of twenty-nine, but his songs -- from Pajama Game and Damn Yankees -- were topping Broadway and the pop charts at the time, and later became Broadway classics and song standards. So he did live on, in that sense, always.

But a two-year-old has no real concept of all that.  My mother tells me that, as a toddler, I would wander off at times, and she would find me “looking for Daddy.”  And I suppose I did look for him, in some sense, always.

My mother told me stories about him, of course. But the most tangible, constant reminder of him came when his show was running nearby or I’d hear one of his songs playing. I was very connected to him through his music, but the attention of being his daughter left me as daunted as I was inspired.

The fact that he had attained such artistic success certainly affected me. I wrote poems, stories, magazine articles, a book.  I studied acting and voice.  I sang cabaret.  One way or another, I constantly danced around songwriting, circling safely.  Every now and then, someone would ask me if I wrote songs, and I’d say, “Oh no, my father did that, but I don’t. Maybe it’s in me somewhere, but I don’t know how to do it.” In fact, when someone would mention having “your father’s talent,” it would annoy (read: scare) me to death.

And then one day, when I needed to write, I guess I needed to write lyrics.  Because out they came.  It felt awfully good. And right. After so many years of circling, I had finally landed. I had come home.

Not long after, I joined a songwriting workshop.  “DON’T tell them who my father was,” I implored the teacher.  “I want to be judged for myself!”

But the truth is, I think that was when I stopped looking for my father. I found him, the best I could, somewhere inside in my songs. Where I should have been looking years ago.